Inspired by the RPG games of my youth, I invite you to:

Note: this piece is a bit longer than most Bitsy games - please allow yourself a bit of space for exploration.

Confirming the bug with an input key being  read as continuously depressed after a single tap (reported below by Gmr_Leon). It's not Firefox, it appears - I'm on an up-to-date Chromium-based browser (Slimjet). Maybe it's leaving the game to idle in a background tab that flips this glitch.

this is just soooooo good! im blown away!! just everything is so charming and i love all the npcs and the puzzles are so good!! and maybe the chalice gave me hell to find it but still that took away nothing from the experience and just all the secrets and hidden stuff is so great! this was an utter blast to play! <3

Hey there! I really enjoyed what I was able to play of this, but wanted to give a little warning to future players: be wary of playing this in Firefox!

I was able to play it till around the end, but then it kept reading each single input as if I was holding the key down. I think it's just a quirk with Bitsy & Firefox, so nothin' towards the dev. Oddly enough, if you reload it in another tab, it resumes reading inputs correctly, but seems it's probably safest running this in Chrome or somethin'.

(I thought that might've been more to do with the Bitsy editor than the resulting games, but seems not!)

Edit:
Mostly finished it now (only missed the gravel, milk, & tiny top first time; still missing gravel now) and it was a bunch of fun! I really enjoyed the pirate ship part, and the museum was clever too! I picked up on the hint but set it aside at first, so had to revisit it.

Nice work! Really grand scale, love what you did with Bitsy considering its limitations. The Bitsy tutorial didn't even mention conditionals as far as I remember...! The "going through gates" at the isle confused me for a bit and the signature was really hard to find! (I only saw the top bit.) The broken beacon and chalice were well hidden too. Looking forward to your future work!

I love this. It's really clever in pushing Bitsy's limitations. Especially fond of the sign factory puzzle.

this is totally amazing. I thought I was being kind of clever with bitsy but you are a genius!

This is really interesting, and maybe the biggest bitsy game i have ever seen amazing job.

Nice game, I liked to meet with the inhabitants.

Most comprehensive bitsy game I've played to date! I enjoyed the puzzles, dialogue was clever, and I liked how at the end it listed the items found.

really liked this game here is my playthrough

Hey, glad that you liked it.

Thanks for doing such a sizeable play-though. Unfortunately, I've found that I can't watch LPs of my stuff - for some reason it causes my social anxiety to spike big-time. Obviously, that's not a great quirk to have as a hobby gamedev - but it's entirely a problem with my brain, not the play-through!

your not the only one but I said only complimentary stuff and was delighted and surprised to finish it, its top stuff your are creating could take its place along side plenty of my favorite games on the spectrum 30 years ago. You did so much with just some bits and imagination looking forward to more.

Loved it, thank you for sharing!! I found everything on the first try, except for the broken sphere...revisited all but no idea where that  one is?!? Also, the shell was not obvious to pick up, and there's a typo somewhere with the word "apparently". Great game otherwise, some nice puzzles and the 8 bit games are fab!

Thanks - glad you liked it.

The broken sphere is another one where there isn't much signposting - it's easier to find by accident than design. If you look at the map, on the western side, there's literally a single pixel anomaly to indicate the presence of something.

Thanks for pointing out the typo as well; I blame the cat saying it - cats are notoriously bad spellers. Anyway, I uploaded a fixed version.

Reply
It's but a Simple Land5 years ago

Which character mentions the chalice?

I've also just got the chalice left...
Revisited all spots, and I'm at a loss :(

Afraid to close the game, because I don't know if it'll store my progress :D

but WOW it's one of the sweetest little things I've played in a while :):):)

Yeah, the chalice is the hardest object to find, because it was thrown in as an optional extra and isn't really signposted. I should probably update with a clue or two.

But as a hint, the chalice is in the possession of Lord Pixby-Bitsington, an egotistical renegade cat lord, and founder of Meowich. He's currently hiding from the Dread Sorceress, but where would he hide?

Ok, well it's only of use to new players, but I added a clue to a dialog - basically the same hints that I gave above, hopefully enough to put people on the right track.
(And no, it won't save progress - I don't think Bitsy can do that (yet!))

Thanks for the lovely comments folks.

I've updated the game to Bitsy 4.3, which means it's now mobile friendly - but please note that it takes forever to load on mobile!

I've also reworded a couple of dialogs that were unintentionally confusing.

Really fucking cool. I listend to the RIME Soundtrack while playing and I think it adds even more atmosphere to it

The great hall is just the big viking ship in boat-town - that's not supposed to be a puzzle so I should reword it so it's clear; thanks for pointing that out.

The 3rd beacon was destroyed, but a record of it remains somewhere and the orb is magic. (Also the ruins of the Western Beacon are in the west!, if you're looking for that - there's a clue there.)

I really enjoyed this! I had a nice time exploring the different locations. The writing's funny and on-point and the puzzle-y moments are clever. Good job!

can i go to the top of white tower?

Yep, you have to walk on like there's stairs behind the tower. love the game, btw.

i tried. it's interesting!

I laughed out loud when I found the spinning top.  Seriously, this is one of the best things I've seen made in Bitsy.

I did the same, all these lovely little details are wonderful. 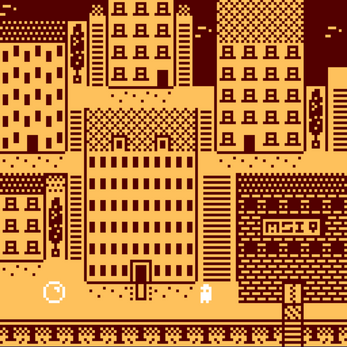 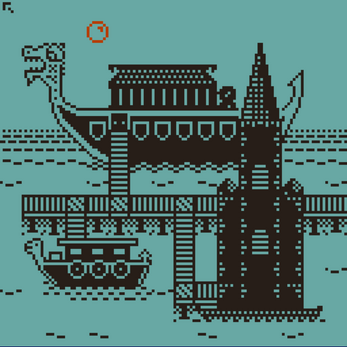 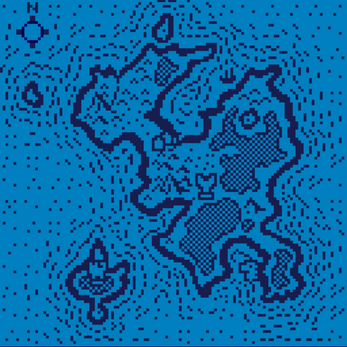